‘The Dutch Paradox’ – On assignment in Amsterdam for Monocle Magazine. 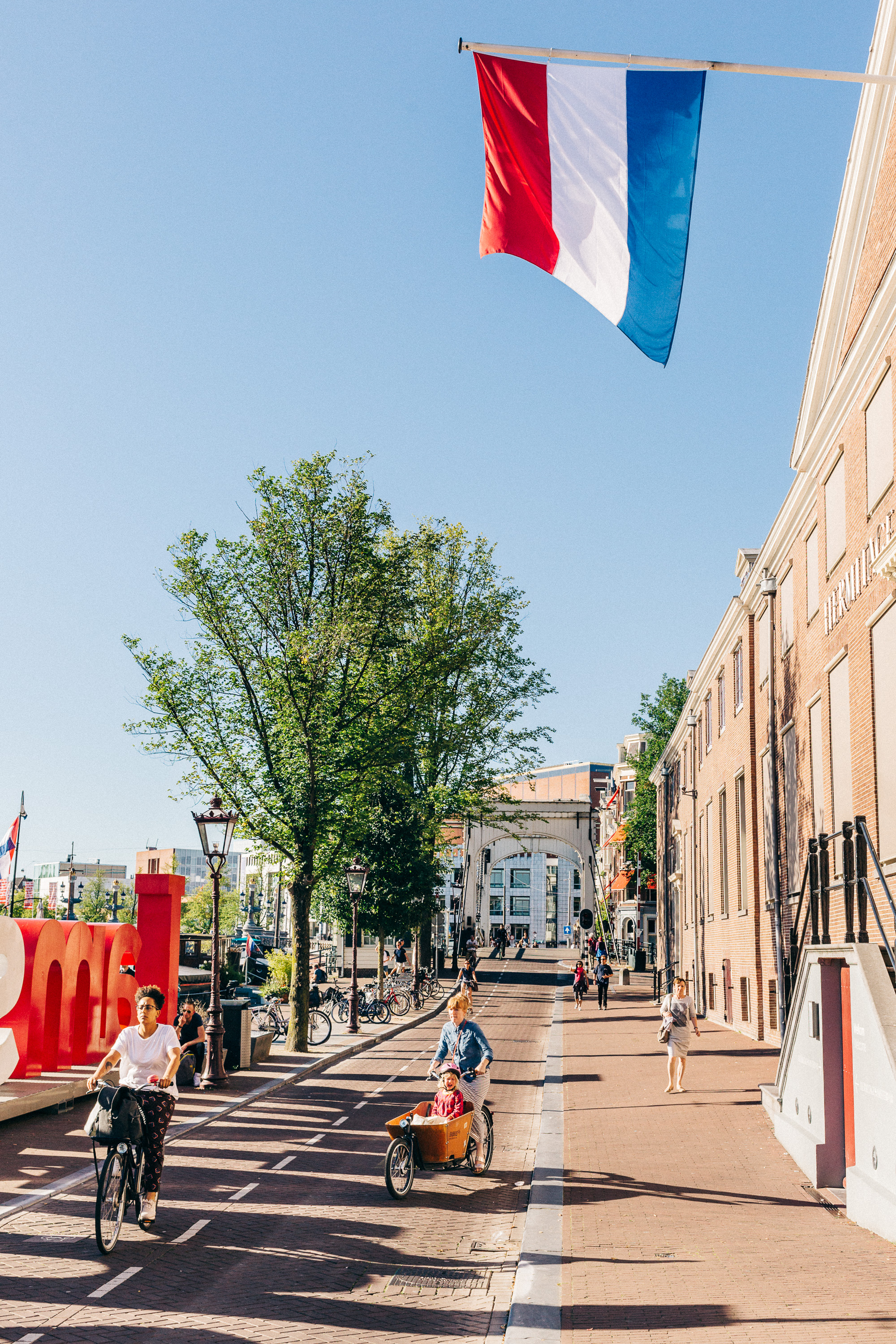 In mid-August I spent 3 days in Amsterdam with Monocle’s executive editor Steve Bloomfield. Our mission was to try and tackle a puzzling dichotomy –  on the one hand, the Dutch are among the most liberal people in Europe, but on the other they are also among the most right-wing. We spent our time meeting political figures, journalists, commentators and entrepreneurs, in an attempt to find out ‘Who are the Dutch?’. You can read Steve’s excellent feature on the Monocle website now.

Photographically, this assignment was very much portrait-led. It’s always a challenge working in a new city. My job was to find suitable locations for portraits in the 30-40 minutes that Steve had to interview each contributor to the story. Sometimes this involved searching adjacent streets, but there were also appointments where we were limited to a particular office or residence. 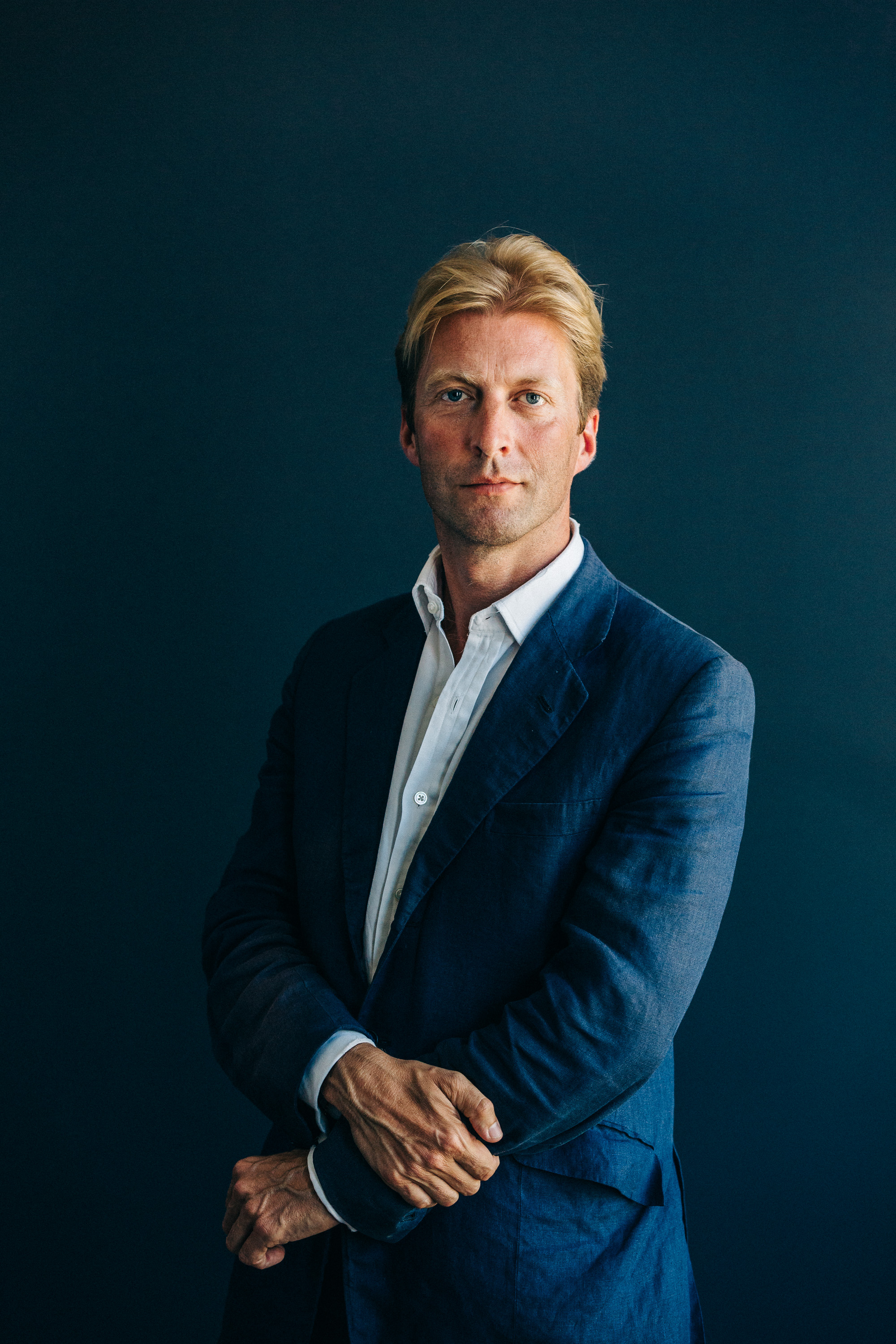 Our first appointment, not long after arriving into Amsterdam, was with Taco Dibbits, the recently appointed director of the Rijksmuseum. I took a very simple portrait in his office, the walls of which have been painted with the same blue paint as used in the museum itself. I love that the resulting layout featured this portrait as a full page. 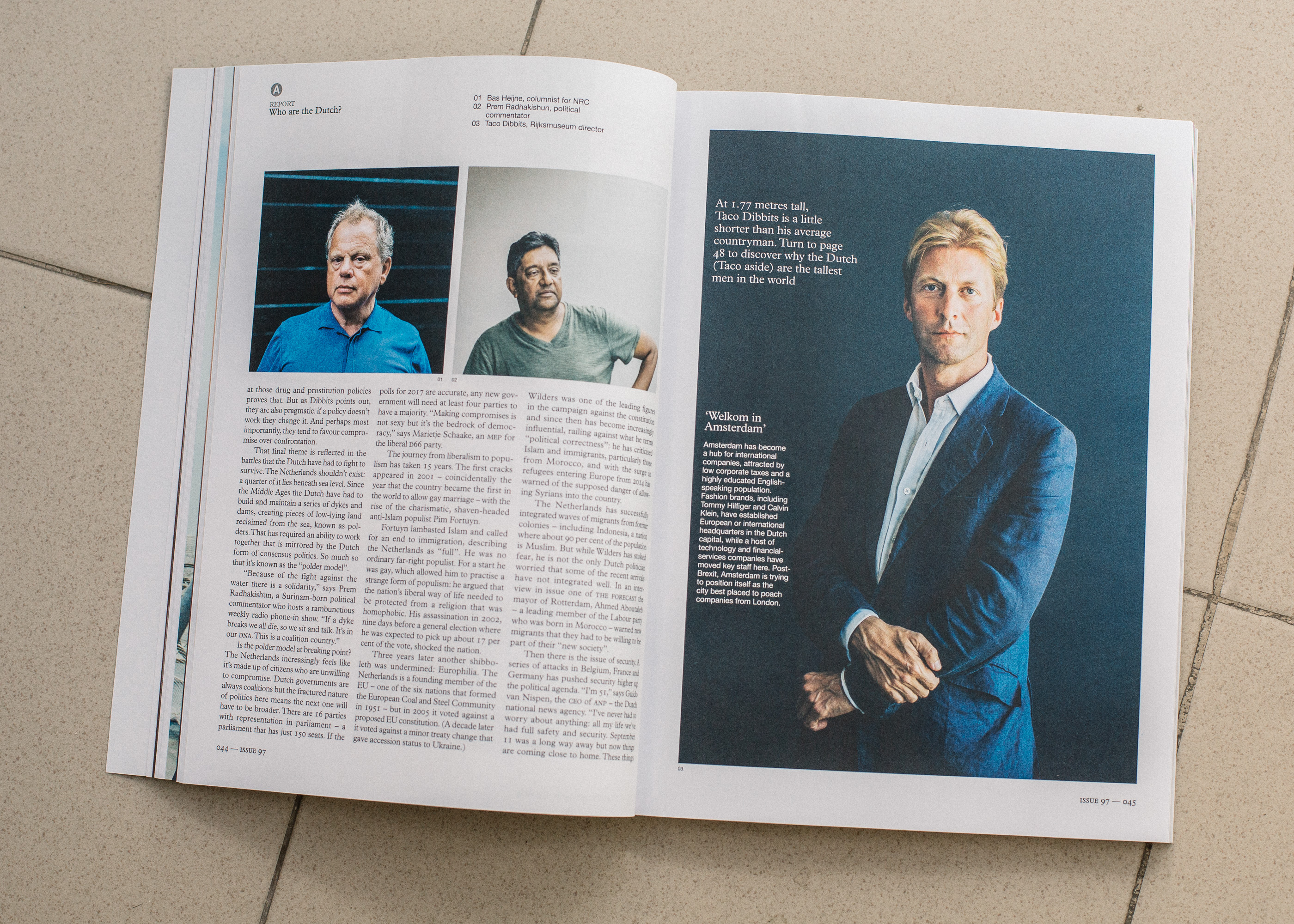 Our next appointment was with Marietje Schaake, an MEP for the liberal D66 party. She emphasised the importance of compromise in Dutch politics. In the Dutch parliament, there are 16 political parties represented in a chamber of just 150 seats, so collaboration and agreement between parties is essential for legislation to be approved. 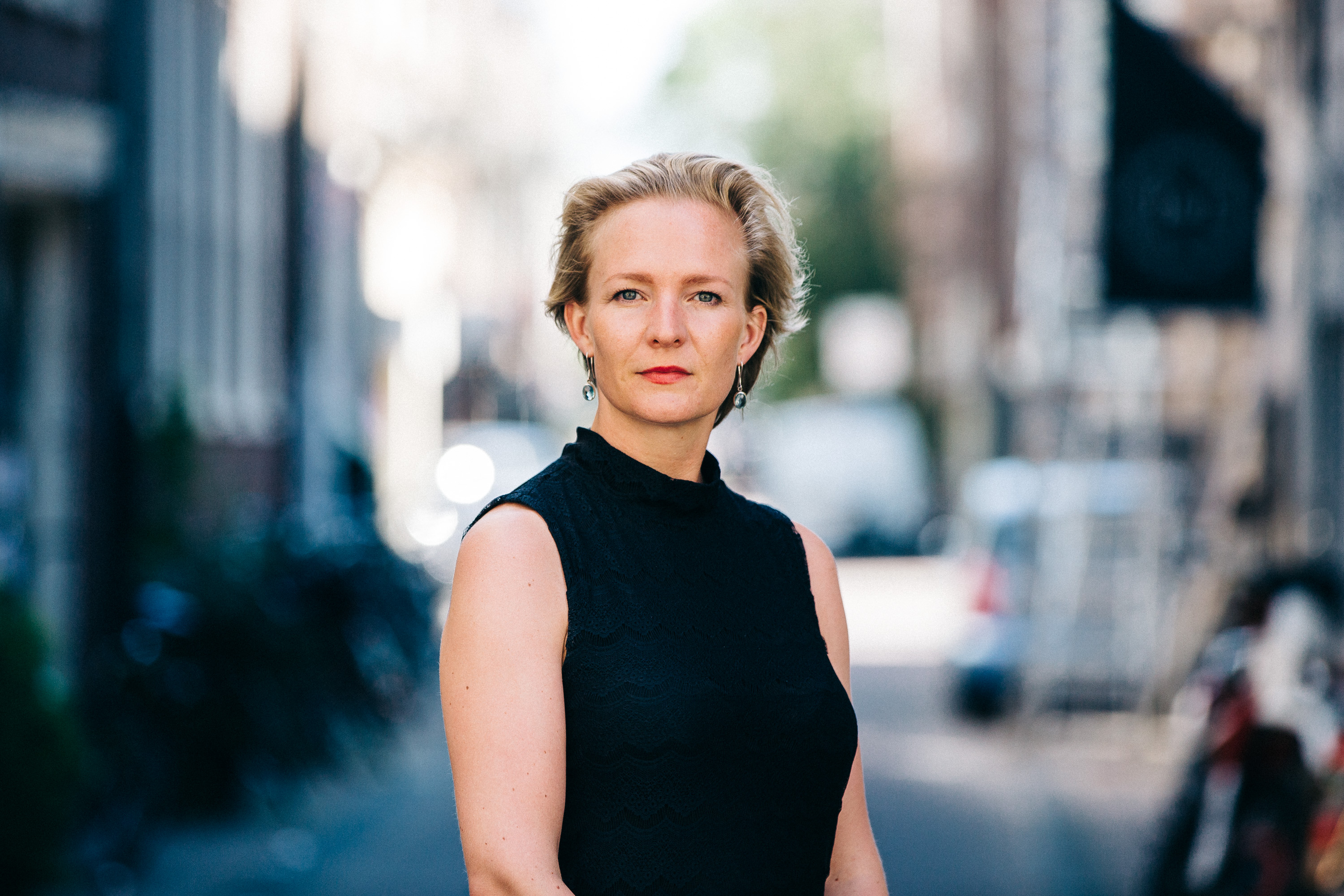 The wind picked up in the hour before this shoot, so getting a clean exterior portrait was tricky! Fortunately I found a spot which almost had a ‘wind tunnel’ effect – I’m really happy with how this portrait turned out and think that the wind contributes to a striking photograph. Again, this image ran as a full page, although this time with a portrait crop. 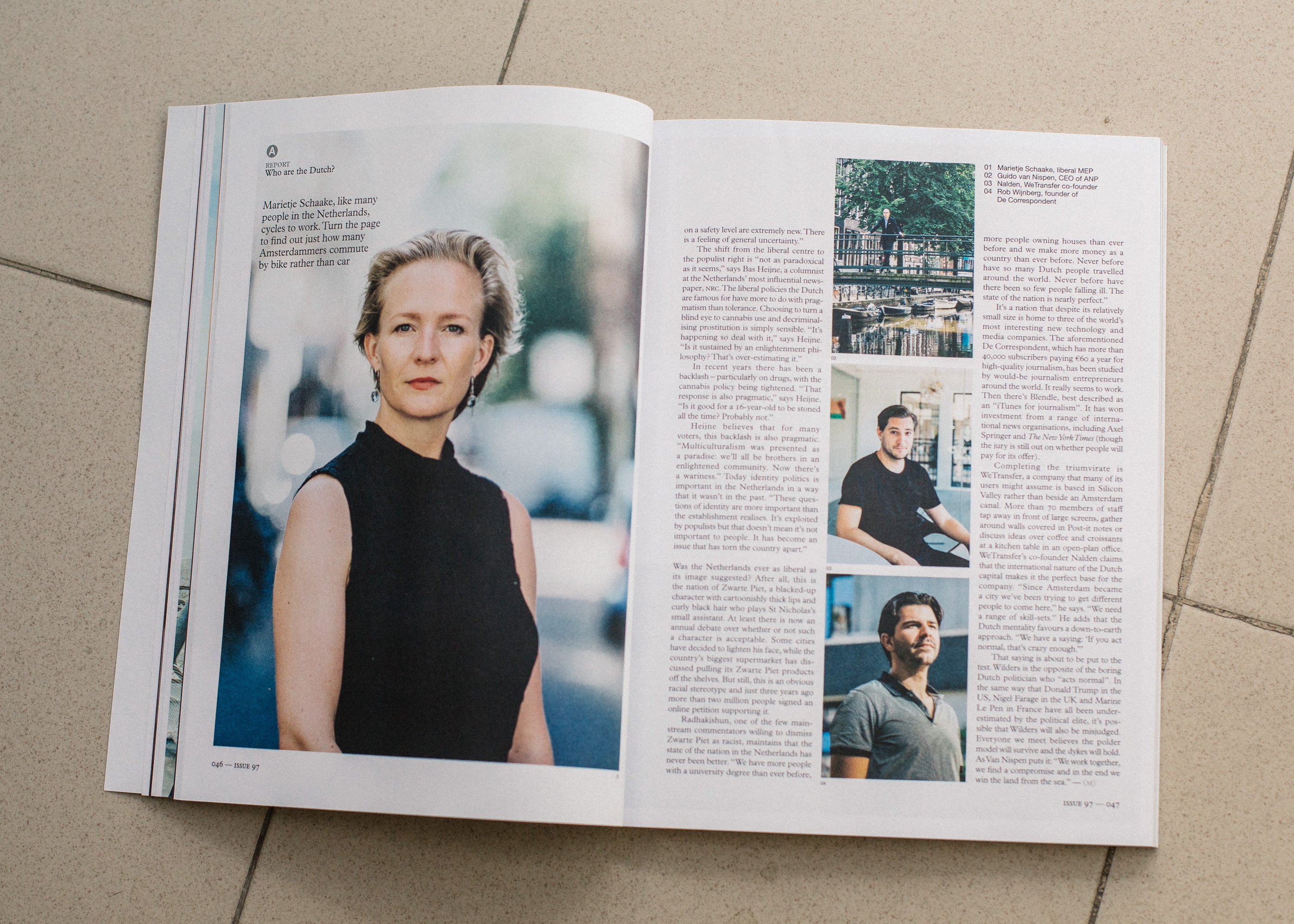 An integral part of Monocle assignments is to try and capture the atmosphere of the location. Amsterdam is a wonderful city, but it’s difficult to avoid the cliches of canals and bicycles. I had limited time between portraits and didn’t manage to dodge these obvious symbols! I did however get canals and bicycles into the same photograph so that’s something! I loved how comfortable the local people were on their bikes – making phone calls, sending messages, all at a sedate pace among a constant flow of two wheeled traffic. 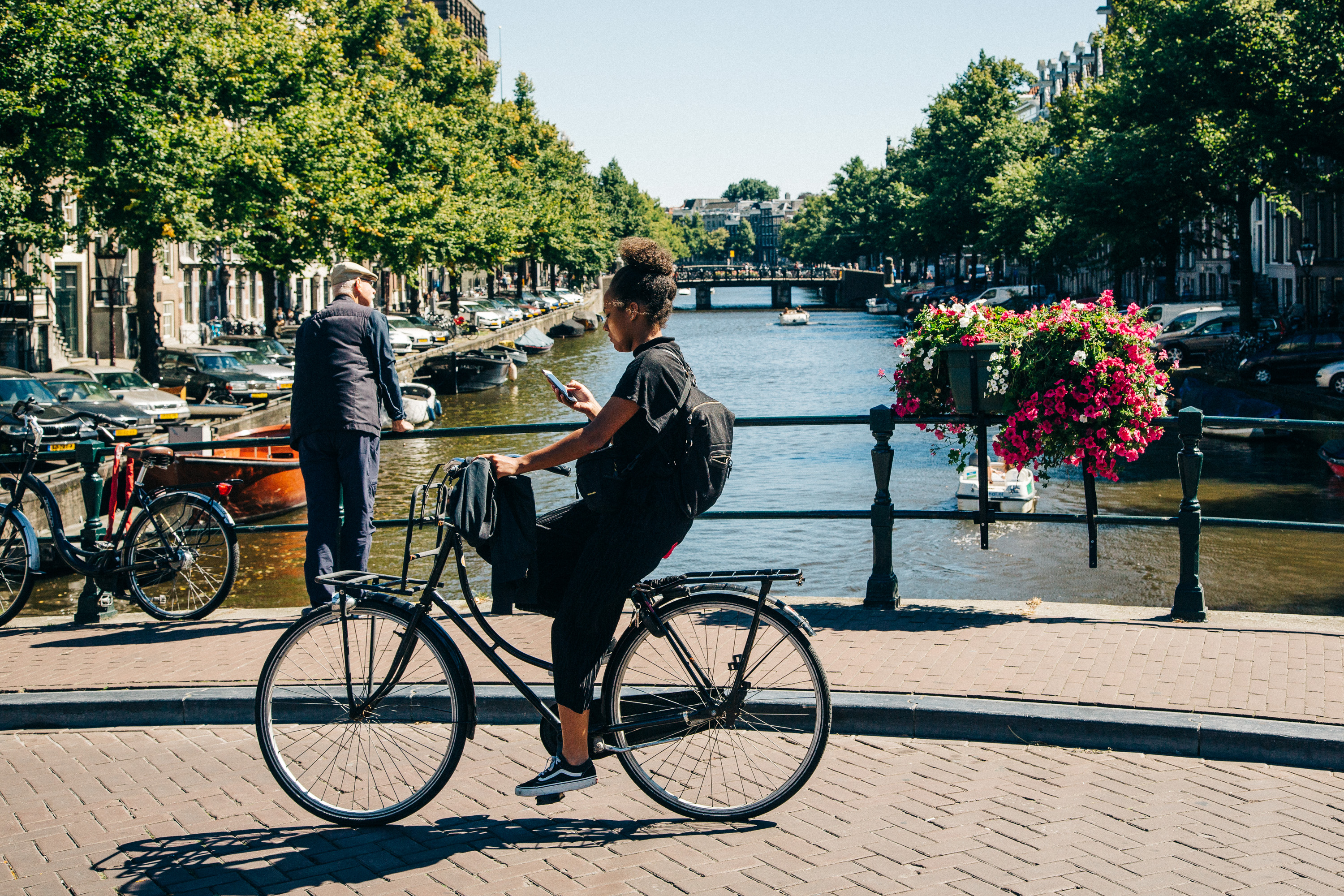 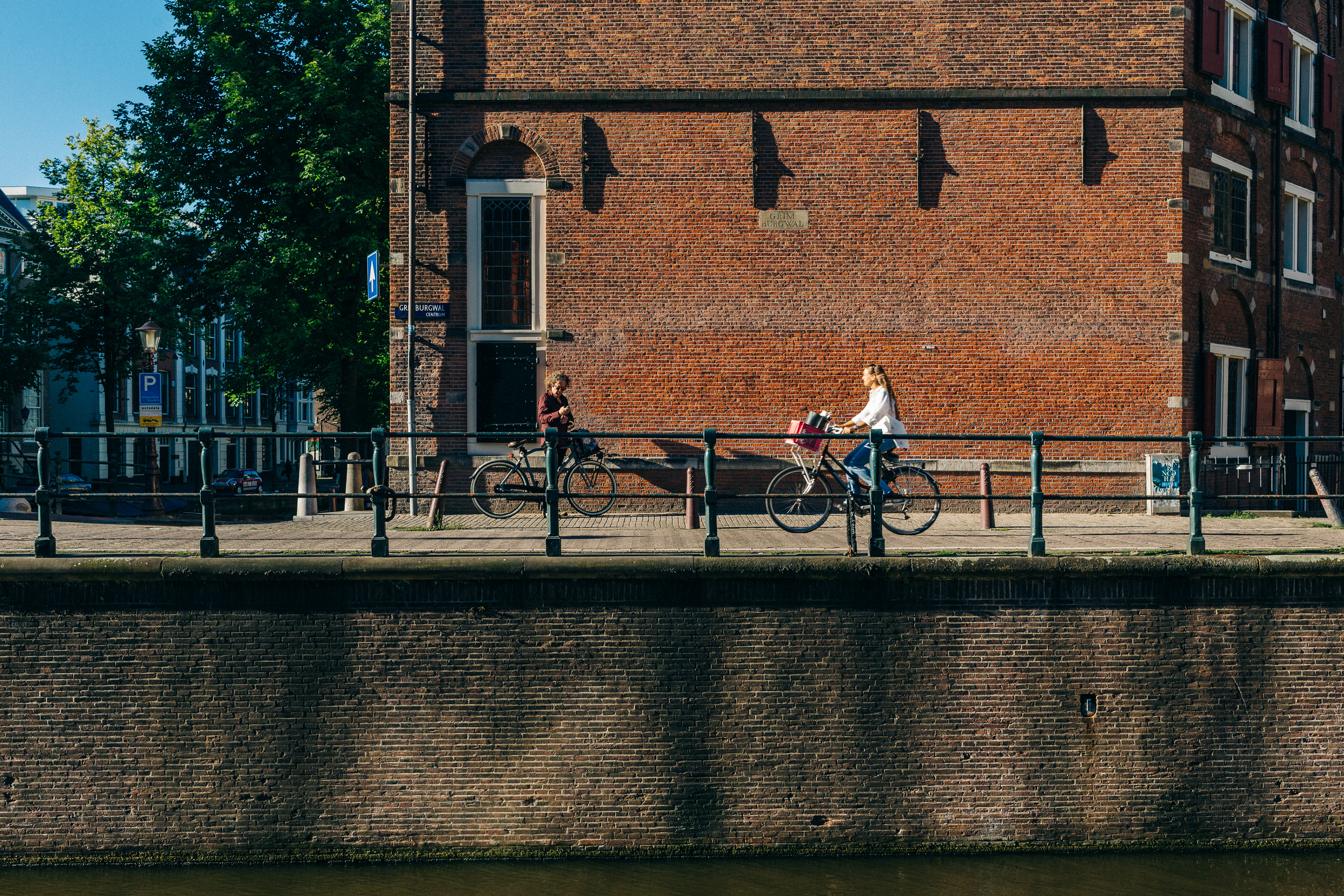 One location that I did really love was the ‘IAMsterdam’ sign outside the Rijksmuseum. In the age of instagram it could definitely be considered an over-photographed spot, but I liked the hustle and bustle of tourists climbing over the letters and jostling for the ideal selfie position. 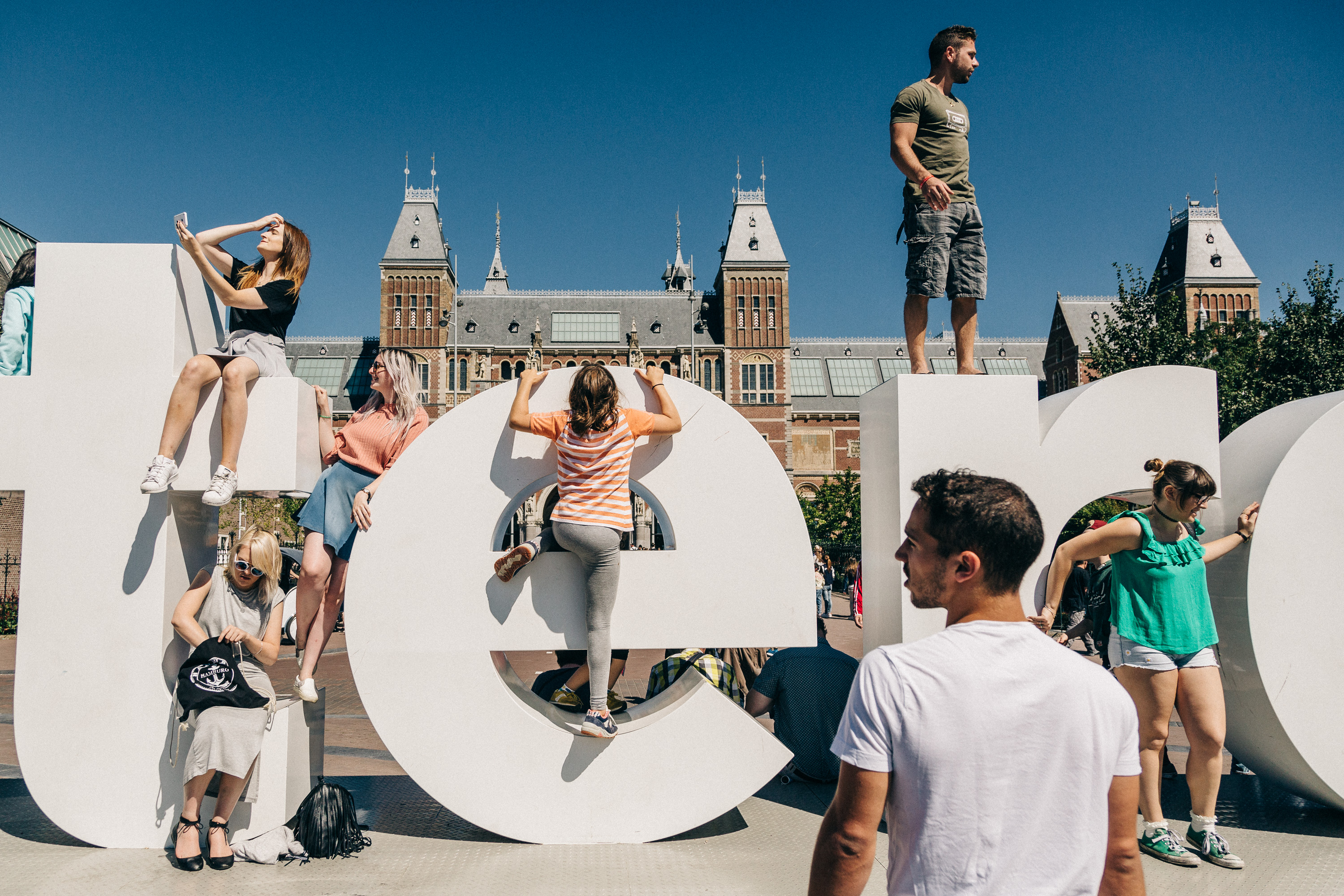 I also made a few frames in the entrance hall of the Rijksmuseum. I didn’t get the opportunity on this trip to tour the galleries, so I definitely have a reason to return in the future. 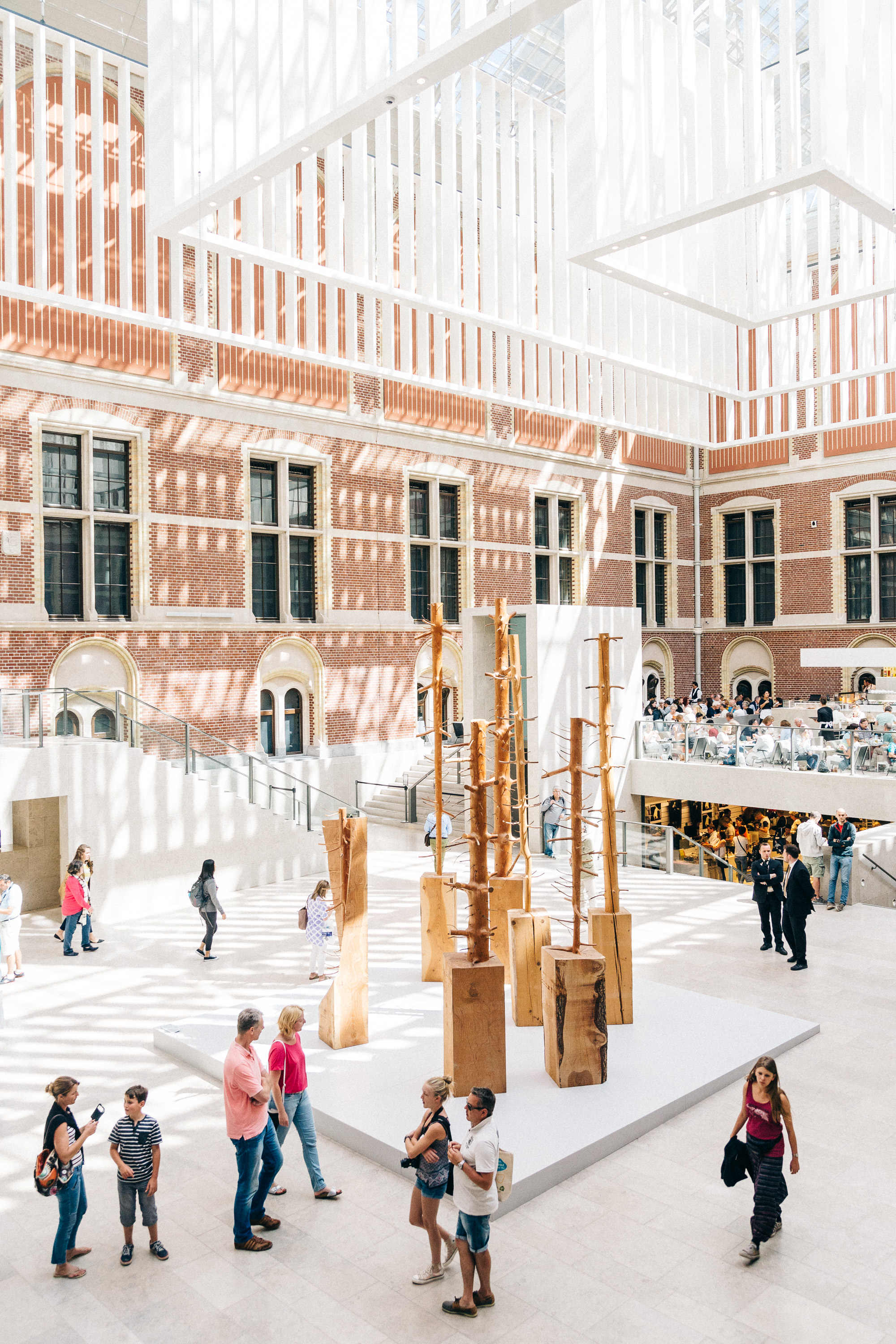 For me the bicycle felt like the great leveller in Amsterdam – everyone from students and manual workers, to politicians and CEO’s got around by bike. Guido van Nispen, the CEO of the Dutch national news agency the ANP, arrived to our appointment on his bicycle. For Guido’s portrait I didn’t include his bicycle, but I doubled down on the canal cliche! 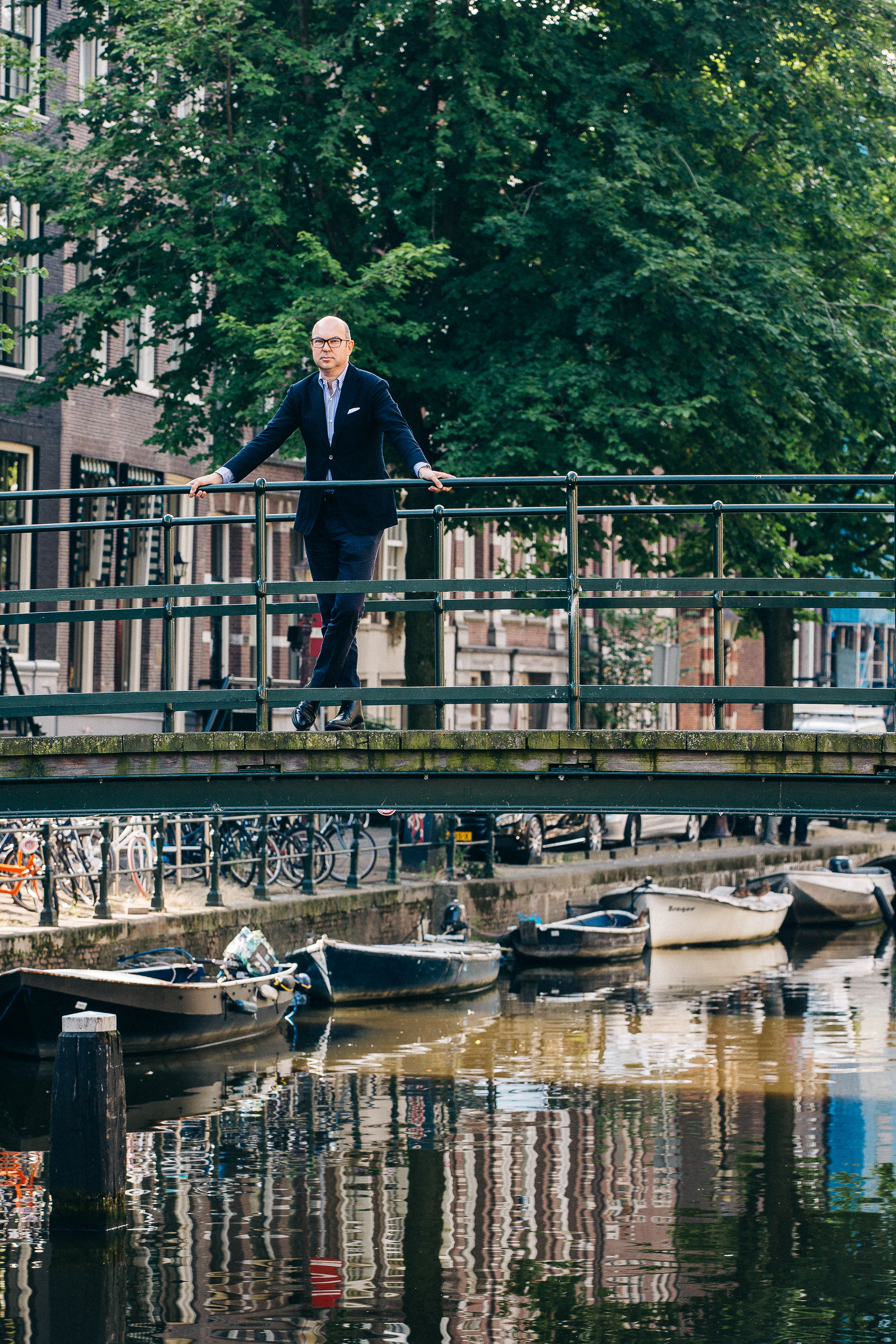 I very rarely have the luxury of an assistant on my travel jobs, so working with available light becomes a necessity. I always carry some flash options that I can set up quickly if needed, but finding interesting lighting situations in the street is a skill that has become increasingly important. For this portrait of Rob Wijnberg, founder of De Correspondent, I used sunlight reflected from the windows of an office block. I found the location in a nondescript car park behind our interview location. 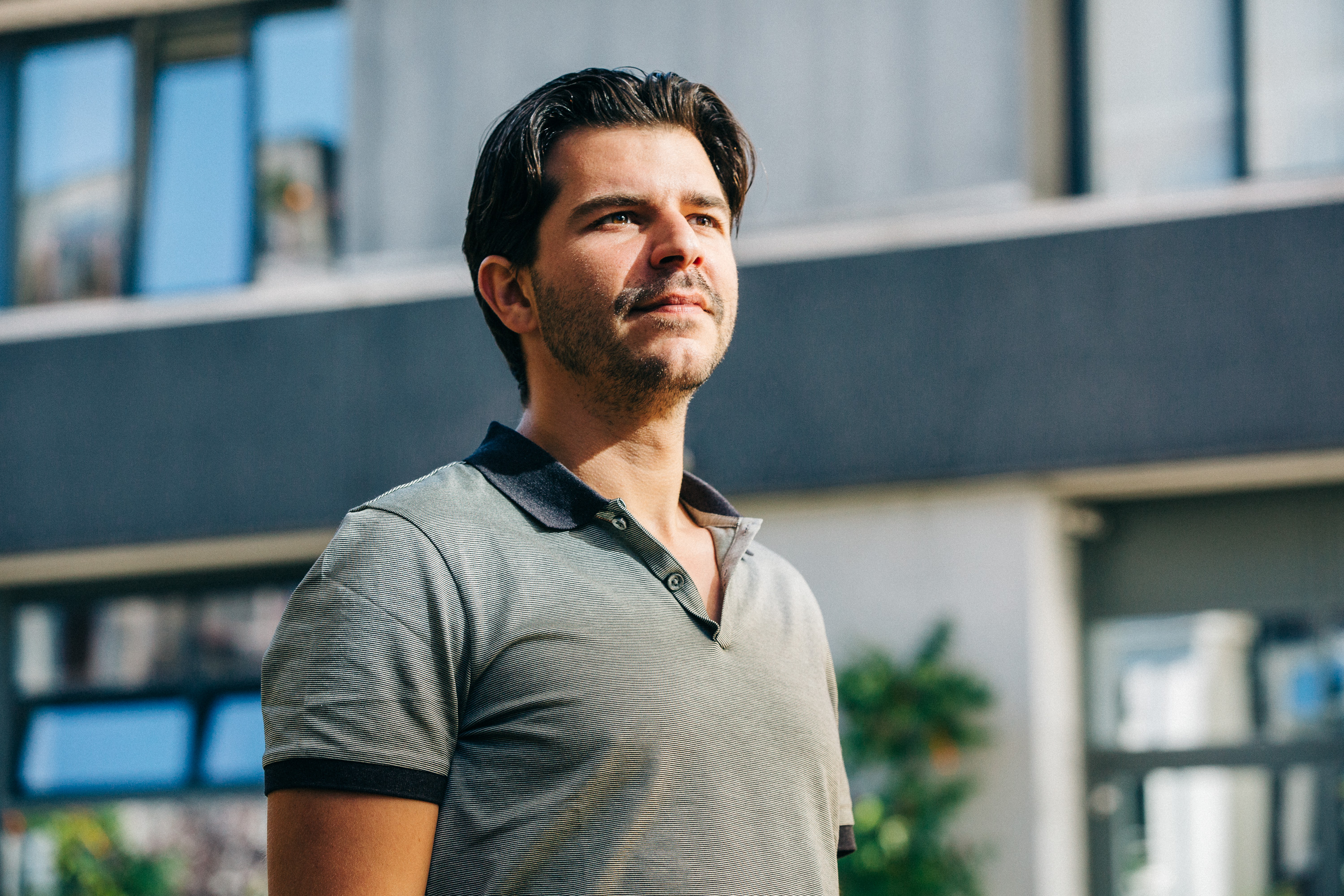 On the second day of shooting we managed to get across the harbour to a great eating spot called Pllek. Situated in a former industrial area, the restaurant has been built using old shipping containers, and with a view out over the water, there is even a temporary beach. 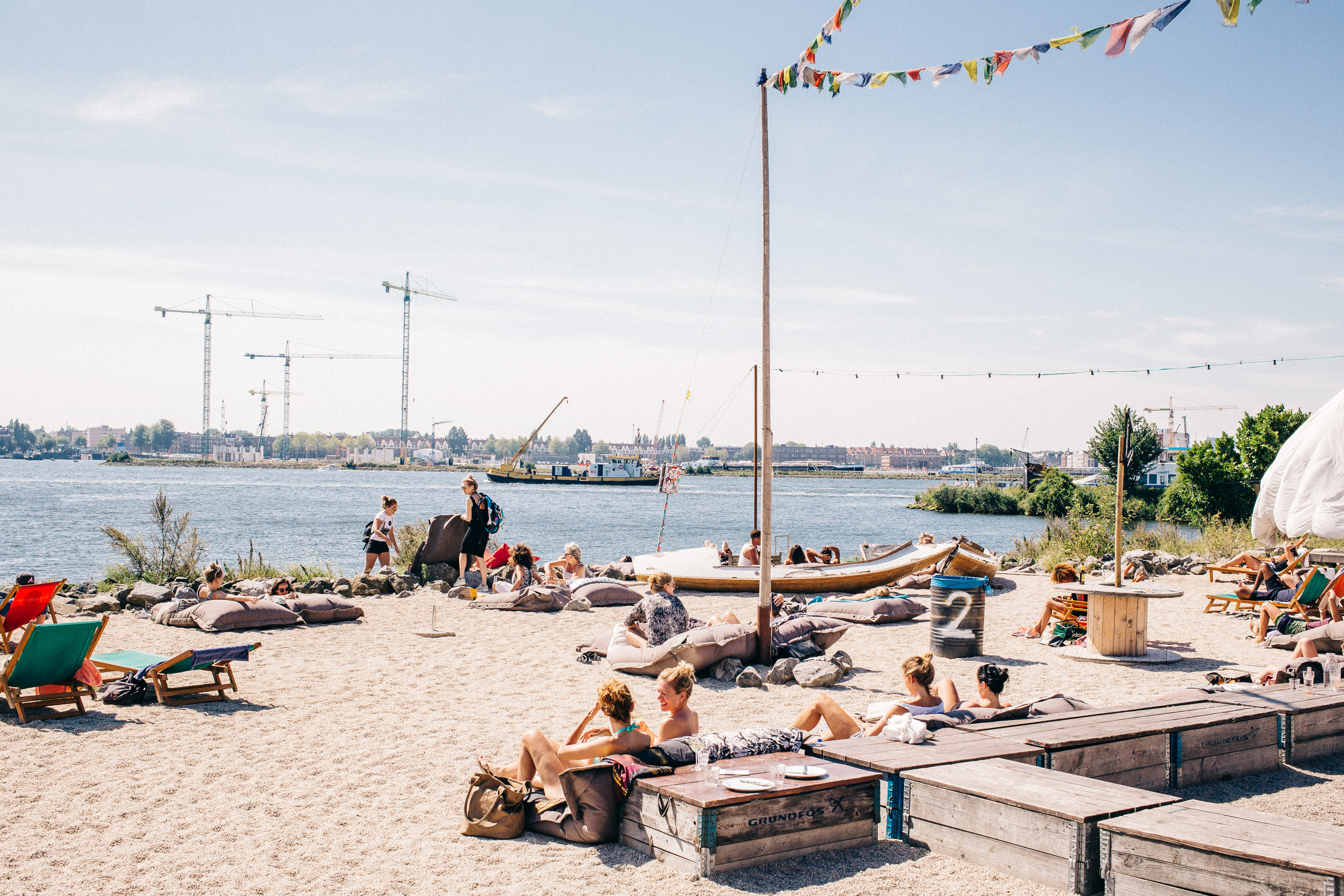 Here we met up with Marjelle Boorsma, a young creative coordinator who is also on the board of FNV Jong, the youth branch of The Dutch Federation of Trade Unions. 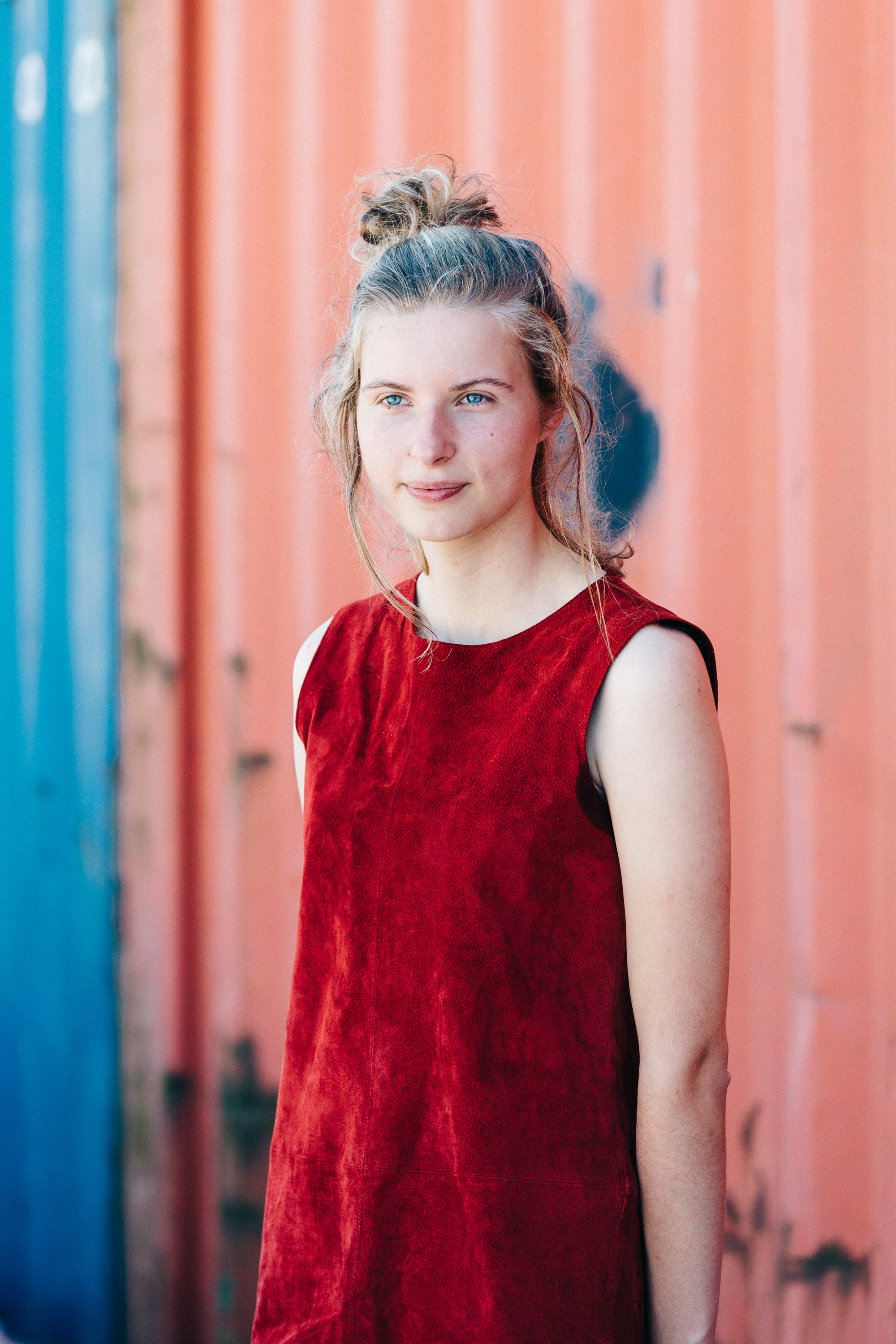 Amsterdam’s harbour area is vast, and it was in a different part of the waterfront that we visited the headquarters of tech company Wetransfer. Like many other creatives, I have used Wetransfer’s services for a number of years – even so, until this assignment I had no idea that they were a Dutch company! I photographed Nalden, the company’s co-founder, on the docks behind their headquarters. 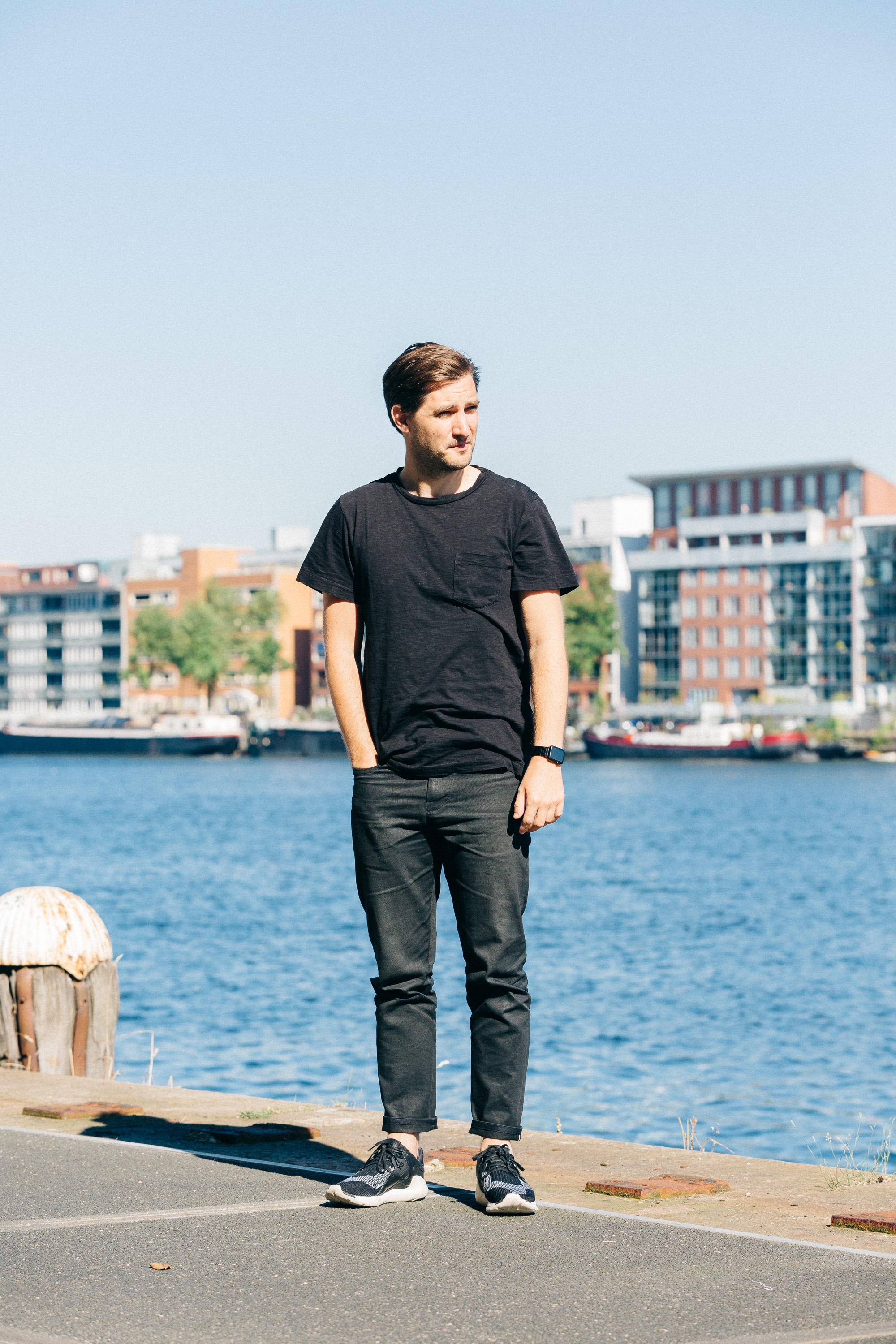 I also spotted a bicycle in the office, built by London brand Foffa bikes. I bought my first commuter bike from Dani Foffa in the early days of his company, so I felt it was important to get a quick picture! 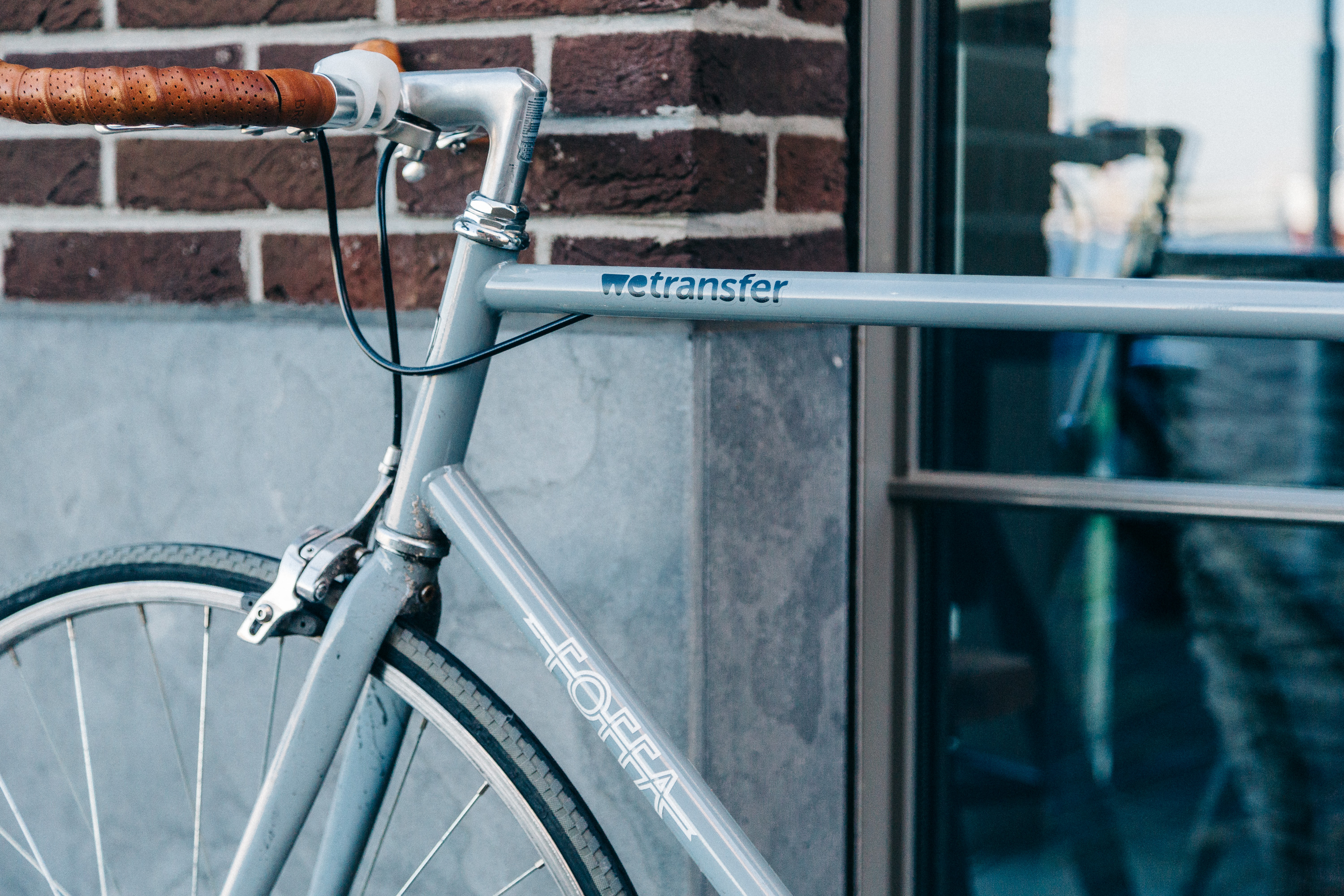 Our final portrait shoot involved a trip out to the suburbs and a meeting with Prem Radhakishun, the outspoken Dutch political commentator of Surinamese descent. For me this was one of the highlights of the trip, simply because I had the pleasure of listening to over an hour of intellectual jousting between Prem and Steve! Prem was gracious enough to invite us into his family home for the interview. I don’t think he will mind me saying that he was a spiky character to photograph, and he didn’t like taking orders! I managed to shoot a total of 19 frames before he decided that enough was enough! Fortunately those 50 seconds were enough time to get a publishable portrait. 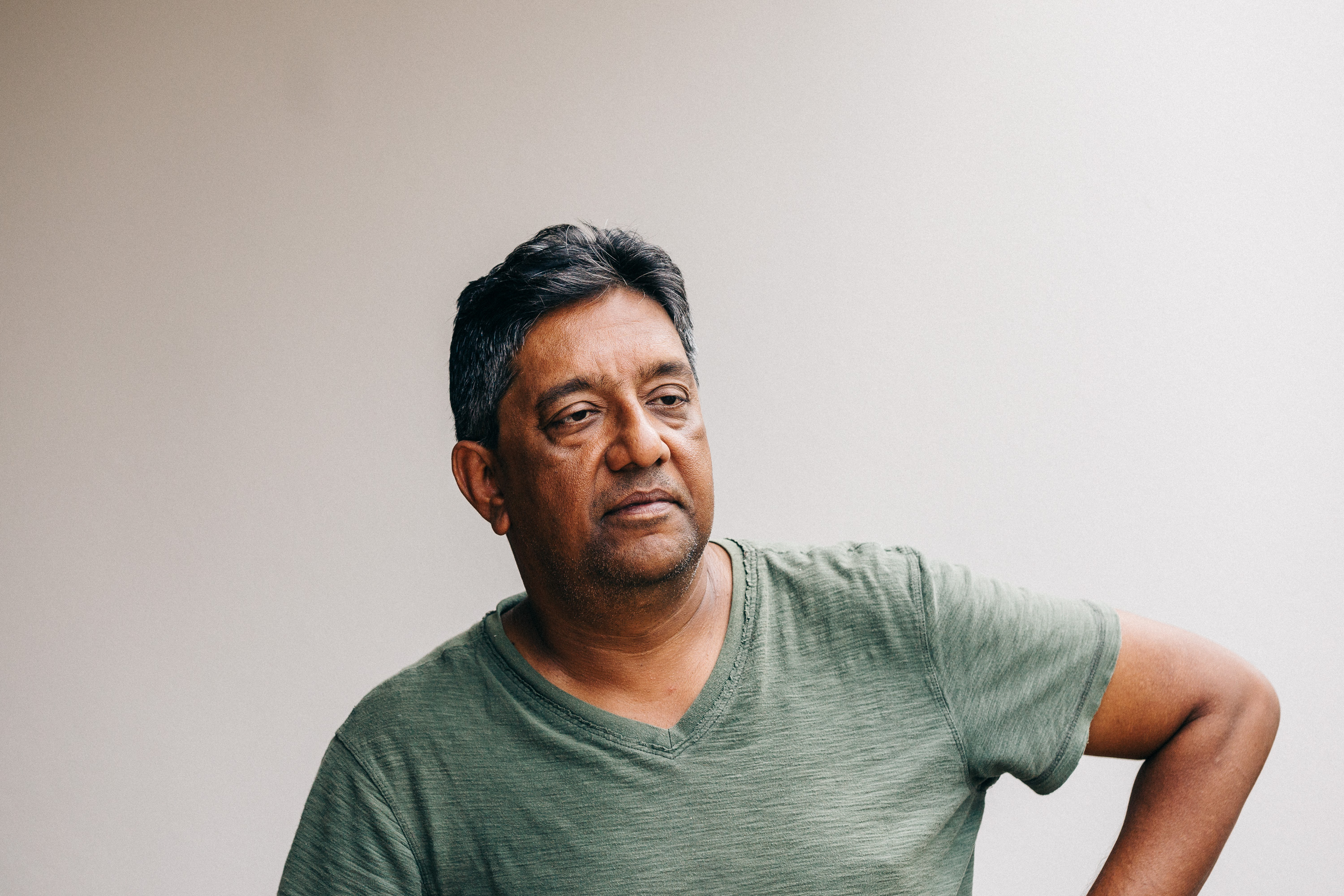 In between all of the interviews, I also managed to get out onto the streets of Amsterdam and photograph a few locals. The hope was that these might be used to add colour to the feature, but as it turned out we had plenty of material from the main portraits so in the end these weren’t used. 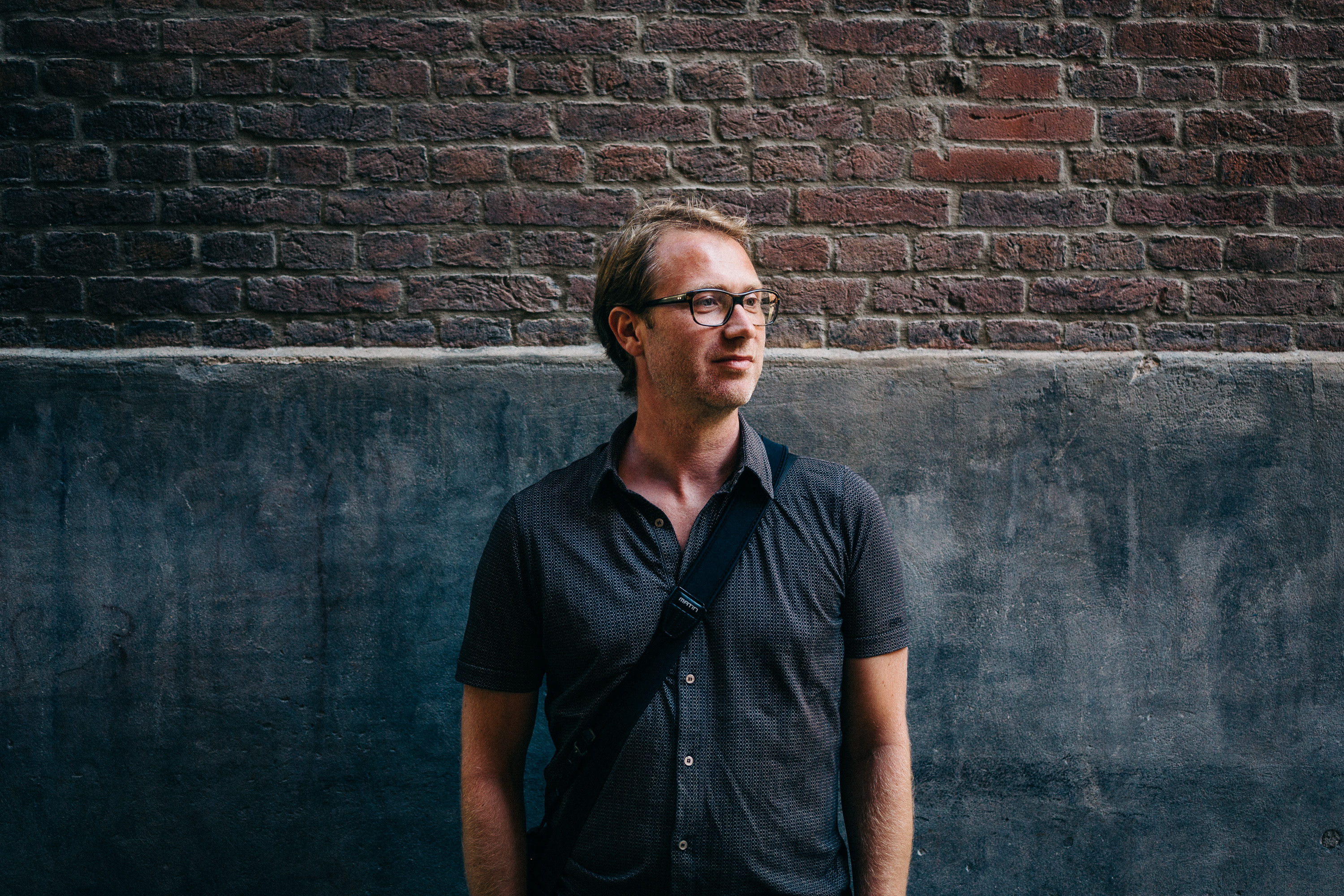 Caspar, a local photographer and designer. 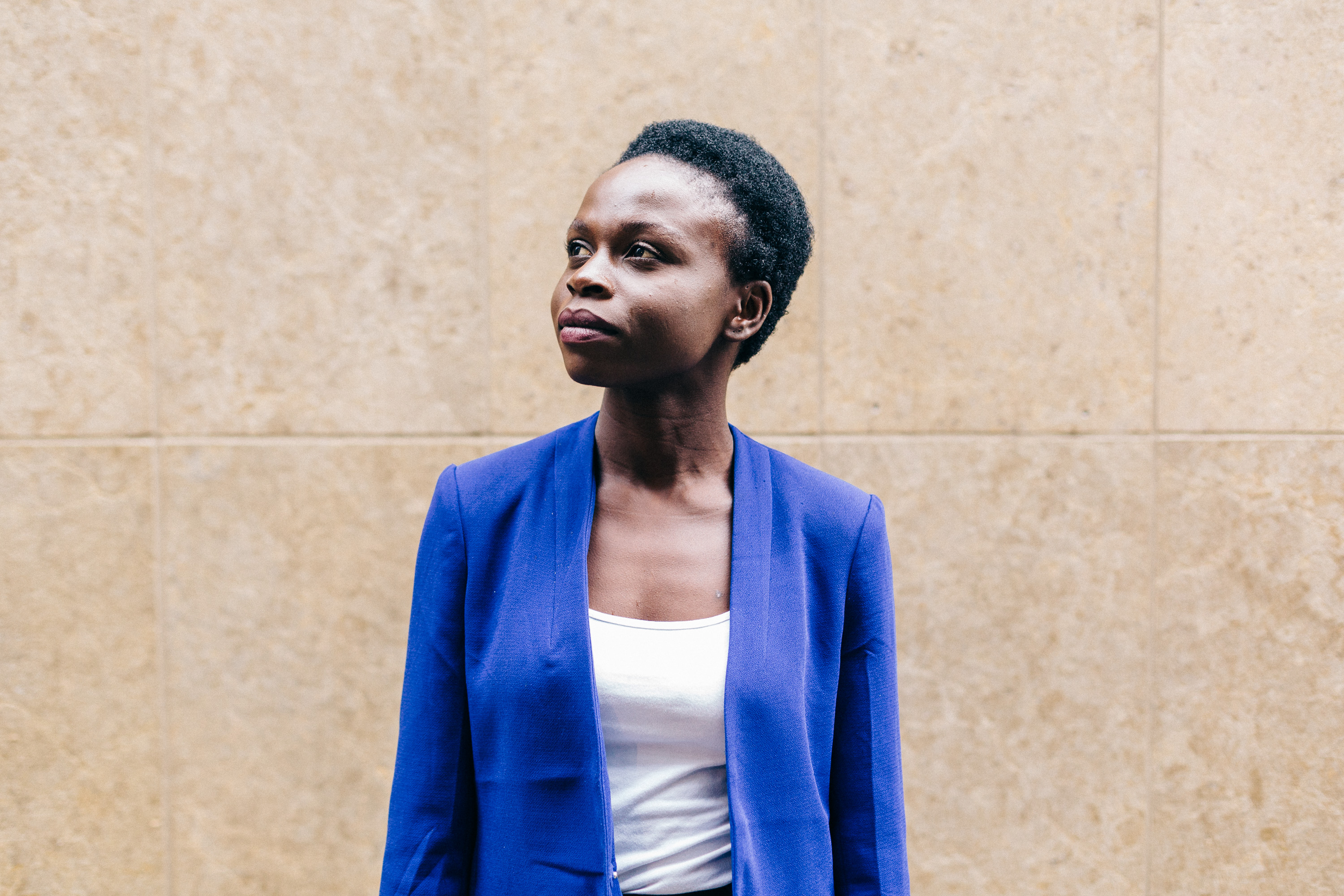 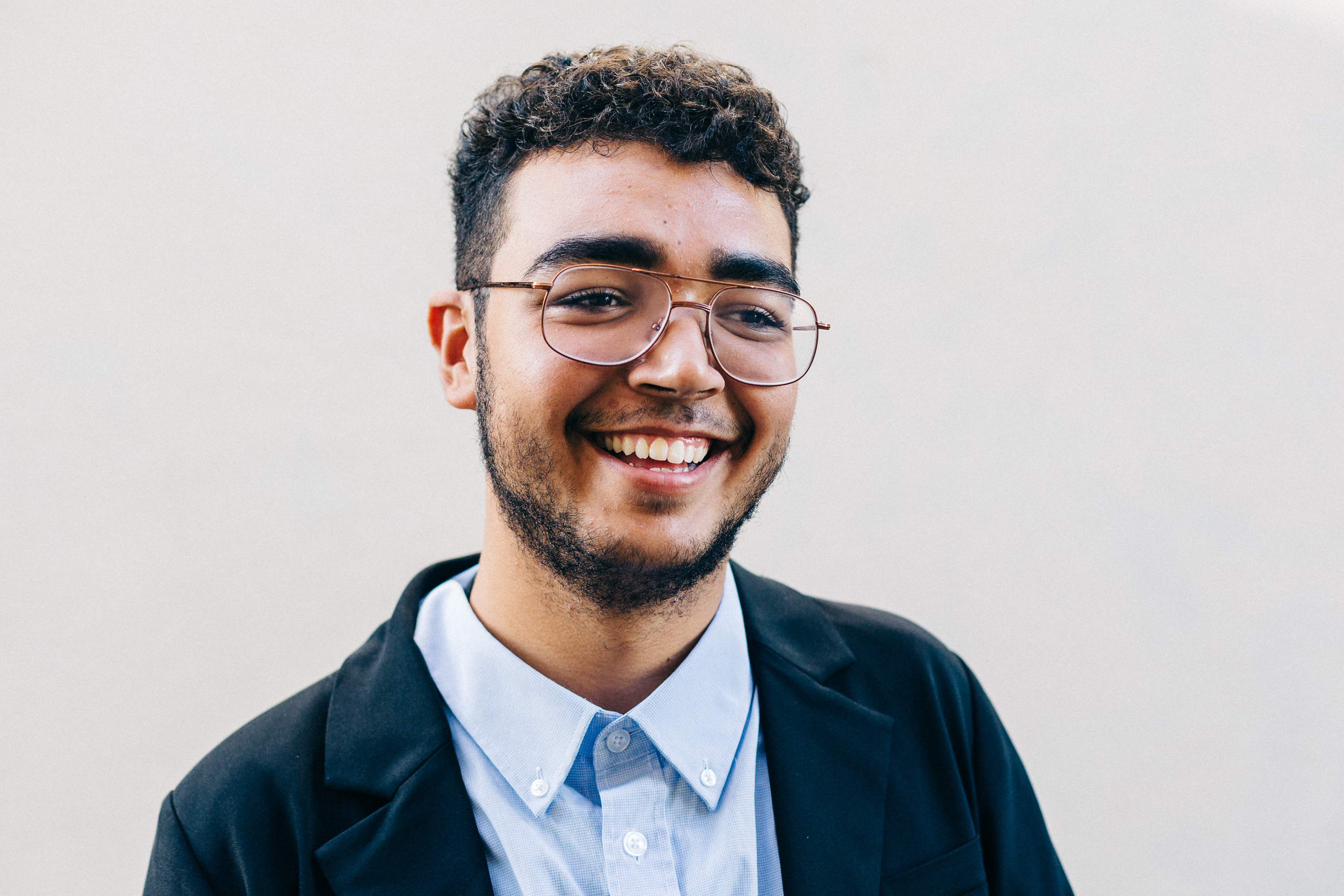 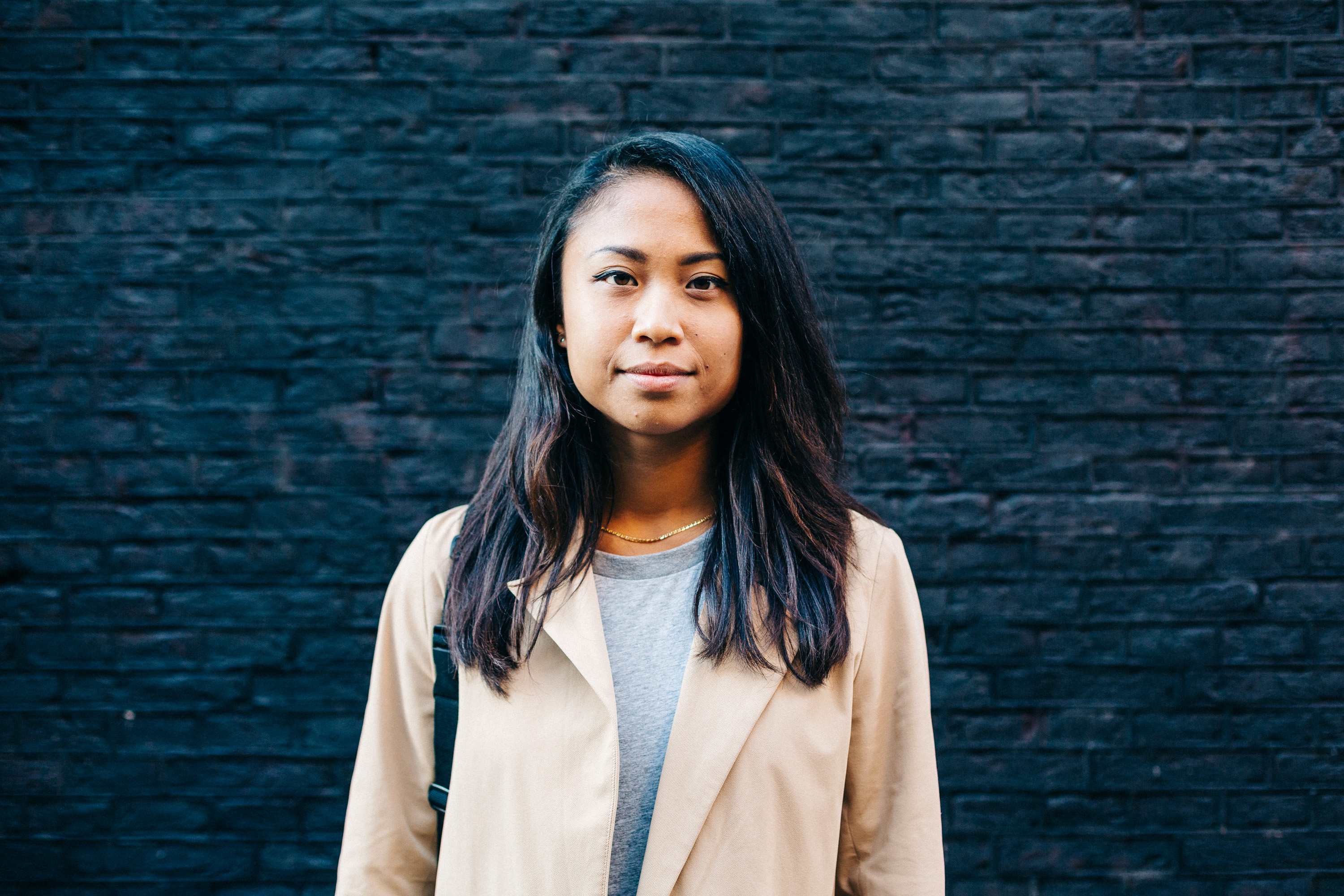 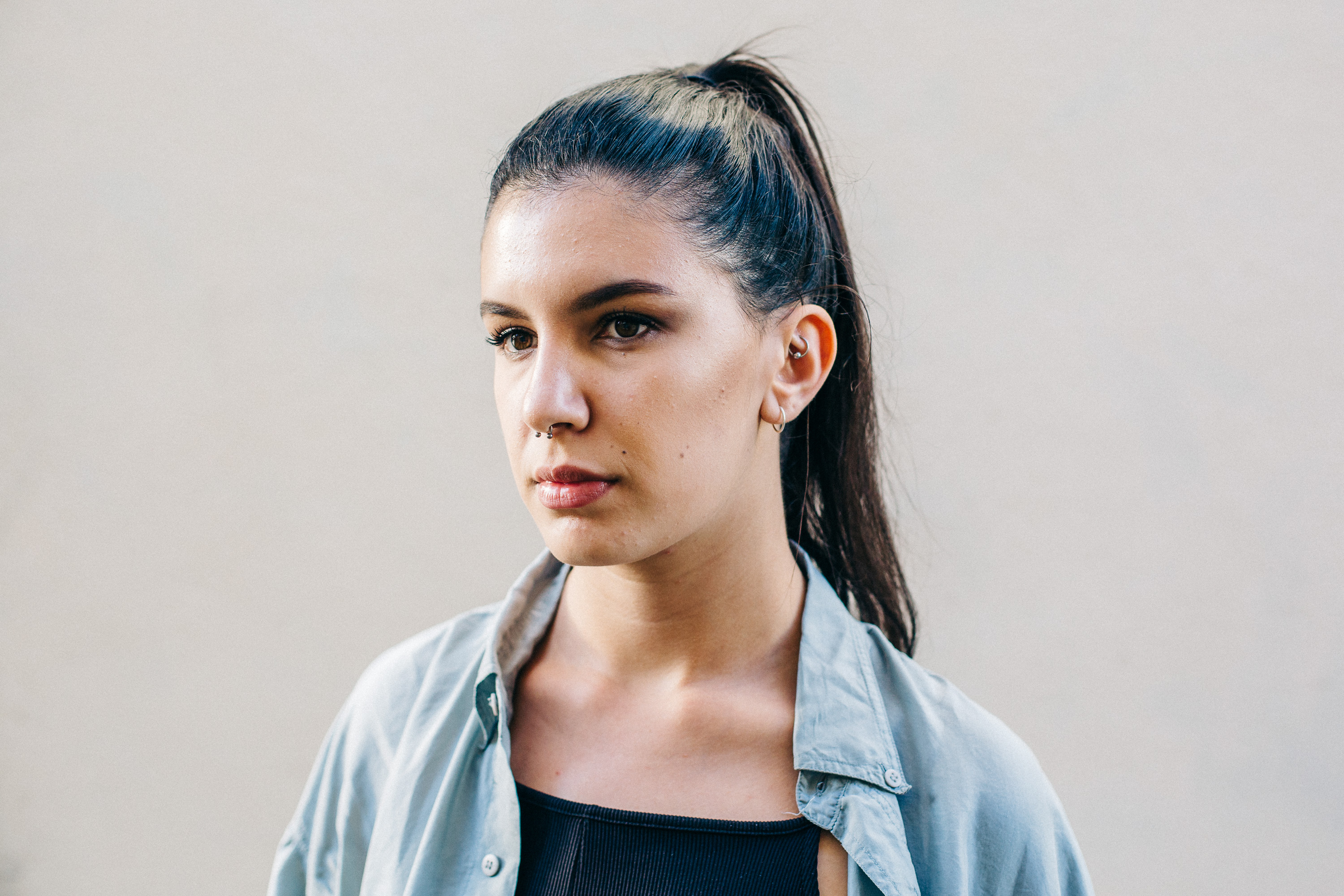 Dina, who works in the vintage clothing store Episode.

I’m really happy with how this shoot turned out, and it was fascinating to find out more about both Amsterdam and it’s citizens. I’ll definitely be returning at some point to explore more of the country, hopefully by bicycle! Thanks to the team at Monocle (particularly Shin Miura!) for sending me on such a great assignment!